Westminster, Vermont–On May 30, 2013 at the end of the school day, the American Legion Auxiliary Unit #37 in Bellows Falls attended the Kurn Hattin school assembly and awarded ten students who participated in their Americanism Essay Contest. All were presented with a certificate of achievement, a gift card to Walmart and much praise for their thoughtful and inspirational essays. This year’s theme was “What Freedom Do I Enjoy”. Some topics within the theme included: freedom of speech, women’s rights, freedom of religion & speech, freedom to have an education. The majority of the essayists chose to write about freedom of speech and what they were most thankful for and enjoyed having both as a citizen and as a student. 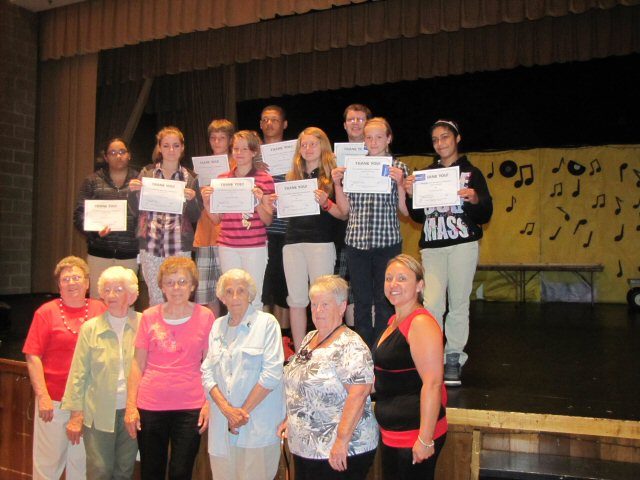