WESTMINSTER, VT. | June 25, 2013 –Jahyde Bullard of Camden, N.J., graduated at the top of his 8th-grade class at Kurn Hattin Homes last Saturday. Since 2009, Bullard had attended school in Westminster, Vermont, a charitable home and school serving children from around the Northeast, who are at-risk or in need of temporary care due to family circumstances. 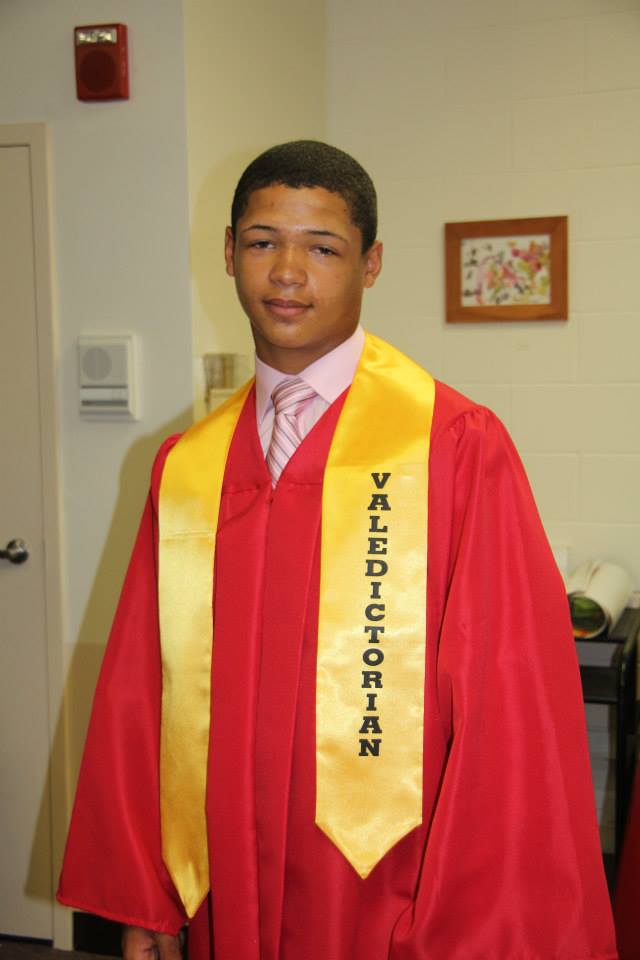 A regular on the honor roll throughout his four years at Kurn Hattin, Bullard was class valedictorian and received the school’s annual award for all-around achievement. In addition to his excellent academic record, Bullard was a top-scoring basketball forward, leading this year’s team to an undefeated season. He also played in the Kurn Hattin jazz ensemble and marching band, as well as being a soloist in the Kurn Hattin Select Choir, which won the top place in the 2013 Together in Song choral competition, produced by public television member station WGBY of Western Massachusetts.