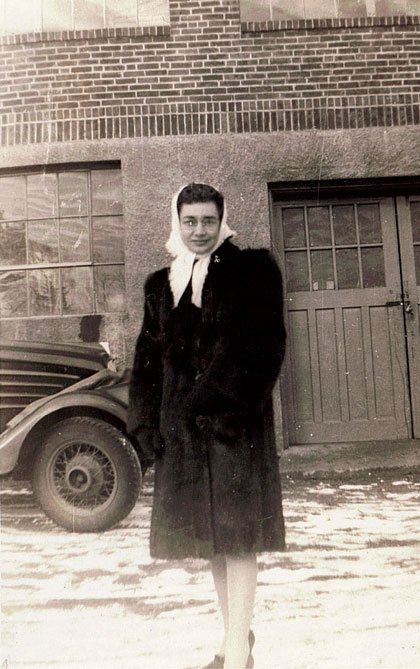 From 1941-1984, she worked with three directors of the Homes- W.I. Mayo, John Watson and David Maysilles. Her career spanned a period when Kurn Hattin experienced much growth in its physical plant, its services and its resources. Accounting principles changed, office equipment evolved but Thelma’s grasp of figures and names held steadfast. However, she almost didn’t make it to the job interview at the Homes back in the fall of 1941. When she told her father about the job opening, he was concerned about the difficulty of her getting to and from work over the dirt road in Westminster, and he tried to discourage her. Thelma understood his concern, but having already scheduled an interview, she felt obligated to keep it. As fate would have it, on the day of her interview, a road crew was paving the road she would have to travel. With that one obstacle out of the way, she presented her credentials to W.I. Mayo, and her Kurn Hattin career began.

In her resignation letter to W. I. Mayo on July 31, 1984, Thelma wrote.” It has been an interesting life’s work being a part of the team helping so many children to have a better life.” At her retirement celebration on September 23, 1984, Executive Director, David Maysilles commented that “Miss Frederick’s depth of experience and long association with Kurn Hattin made it extremely easy for me to assume the financial responsibilities of my position.” Wentworth Hubbard, president of the board of trustees, described her as “most unique in the annals of Kurn Hattin.” She was presented the distinguished service scroll which contained the words, “Her fidelity, diligence and devotion to Kurn Hattin deserve special recognition and are most worthy of emulation.” For twenty seven years, she also served as clerk of the corporation for Kurn Hattin and was reelected as clerk the year of her retirement. Thelma’s interest in Kurn Hattin continued for her entire life as did Kurn Hattin’s gratitude to her. Thelma Frederick passed away on October 24, 2011.  She will remain in our hearts always, a loved member of the Kurn Hattin family.