Westminster – On Jan.8 at home, Kurn Hattin Homes played against Chesterfield and won 55 to 19. Chesterfield scored the first basket. Team fouls were down for both teams and Kurn Hattin’s free throws were up 55%. Kurn Hattin eighth grader, Jahyde Bullard made 24 points and seventh grader, Amza Issa made 12 points. Seven of the Kurn Hattin players all made baskets. The boys A-Team remains undefeated as they hit the road for an away game versus Westmoreland on Thursday, January 10 at 5:00pm. 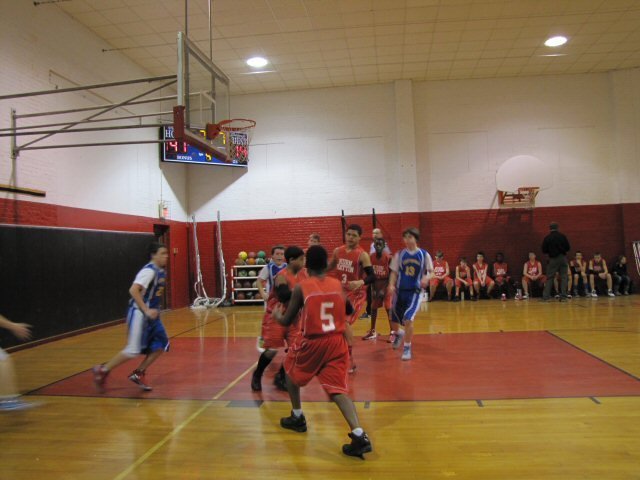 Pictured is the Kurn Hattin Boys’ Basketball A-Team rallying with Chesterfield, New Hampshire. After a missed shot by Chesterfield, Kurn Hattin #15 Dominic Cherbonneau and #5 Vincent Jarvis goes for a rebound. Number 15 passes the rebound to Jahyde Bullard, while #2 Musa Adbi looks on.