Yesterday, three pigs were delivered to Kurn Hattin and will be raised for food for the children and staff. “It’s important and exciting to focus our farm on sustainability and to teach the children where their food is coming from. It’s a fact of life,” explained farm manager, Patrick Barry. “Our compost is feed for the pigs and this winter we’ll have 200-250 pounds of meat in bacon, chops and loins for Christmas dinner.”  When asked how the children were dealing with the idea that these animals were not being raised as pets, Patrick said, “Yesterday, I asked one of the boys if he knew where bacon came from. When I told him and said that soon our bacon will come from these pigs, he said, ‘That’s cool’.”  The pigs came from a farm in Irasburg and along with the many vegetable, herb and flowers fields, they are being raised organically. Next spring, we’ll get a few more pigs. Eventually we’re also hoping to get a couple cattle. Taking care of our many children encompasses a well-rounded education. We’re all learning a great deal. The farm is both a necessity and a gift to everyone at the Homes. Kurn Hattin Homes is a residential, year-round, charitable home and school for in-need and at-risk children, ages 6-15, from throughout the Northeast. 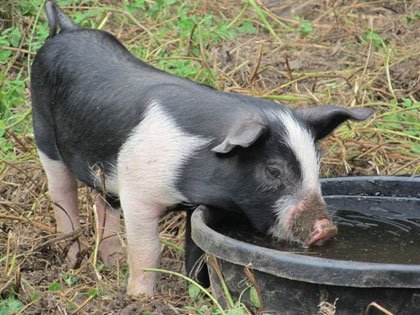 Photo caption: One of the new pigs being raised at Kurn Hattin 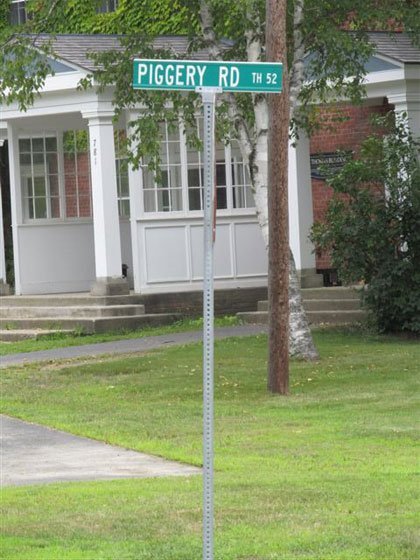