March 16, 2012 |  Westminster, Vermont – Kurn Hattin Homes held its Annual Volunteer Recognition Banquet on March 15 to honor the many people who volunteer at the Homes. The team of dedicated volunteers helps with governance, school, sports, music and special events.

Volunteering is quite often the high point of the volunteers’ day. The children know that they are fortunate to have someone interested in them. “Kurn Hattin is blessed with over ninety volunteers that dedicate their time, talents and care for our children in a variety of programs. Their positive impact on our campus is huge. Gandhi wrote ‘You must be the change you wish to see in the world.’ Our volunteers help make that change happen one child at a time,” remarked Tom Fahner, Deputy Director. 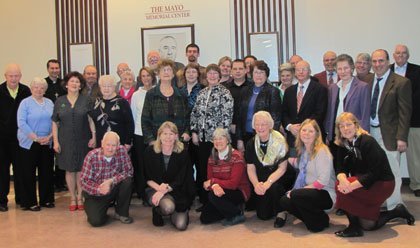