The Kurn Hattin Homes for Children Select Choir, under the musical direction of Lisa Bianconi, was invited to perform for the National Society of New England Women at their 104th National Congress in Windsor, Connecticut on May 11. The Choir performed many music selections and invited the women to join them in singing “Let There Be Peace on Earth”.

The National Society of New England Women (NSNEW), founded in 1895, brings together women of New England ancestry to honor and perpetuate the ideals and spirit of the indomitable men and women of Maine, Vermont, New Hampshire, Rhode Island, Connecticut and Massachusetts who laid the foundations of our nation’s civil and religious freedom. The organization accomplishes its charitable goals through national projects and committees which support educational and patriotic endeavors. The NSNEW have been friends and supporters of Kurn Hattin Homes for almost 70 years. 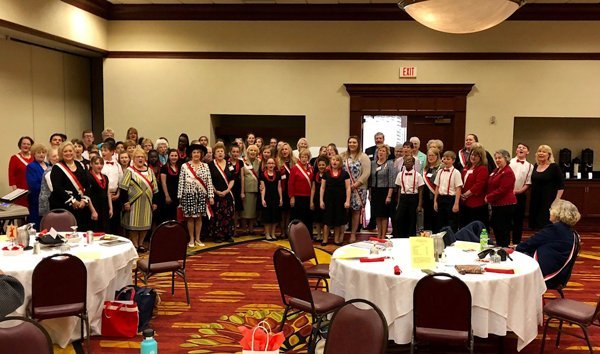