WESTMINSTER, VT—For the third year in a row, the Kurn Hattin Homes Select Choir has earned a spot on the public television series “Together in Song,” produced and aired by PBS member station WGBY. Kurn Hattin’s performance will air during the season premiere Saturday, March 7 at 7:30pm. The children are defending the top spot in the “Children’s Gospel” category, which they have held for the past two years. 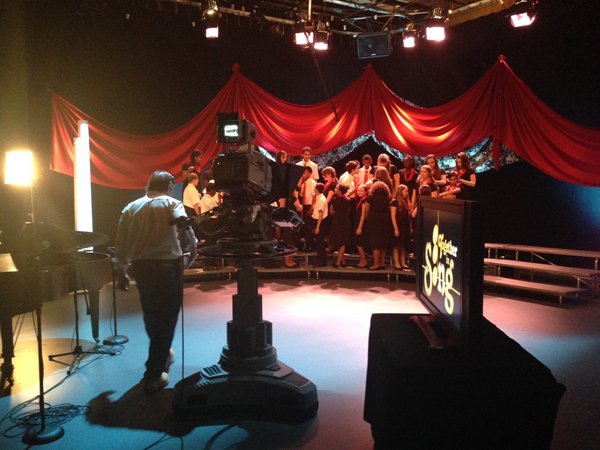 The Kurn Hattin Select Choir, directed by Lisa Bianconi, is one of 26 groups chosen to compete on Season 5 of the program, and is the only ensemble from Vermont. The choir’s 40 members are students in grades 5-8 at Kurn Hattin Homes for Children, a residential/day school in Westminster, Vermont, serving young children who are at-risk or in need.

To be considered for the program, all groups submitted audition videos to be reviewed by a panel of judges. After being notified of their selection in January, the Kurn Hattin children traveled to WGBY’s studios in Springfield, Massachusetts to tape their segment for the show. All performances will be aired weekly throughout March and April. Category winners will be selected based on a combination of viewers’ and fans’ online votes and judges’ responses. Category winners will perform on a live awards show broadcast on April 26.

Kurn Hattin Music Director Lisa Bianconi commented, “‘Together in Song’ has been a transformational experience for many of our children. They bring their best to the performance, and you can see them brimming with pride. That confidence goes a long way, especially for a child at Kurn Hattin.”