WESTMINSTER, VT—This year marks the 120th anniversary of the founding of Kurn Hattin Homes for Children. The non-profit is located in Westminster, Vermont and serves as a charitable year-round home and school for boys and girls ages 5-15, who are in need or at risk. It is the oldest childcare organization in the northeast to be continuously supported solely by philanthropic donations. 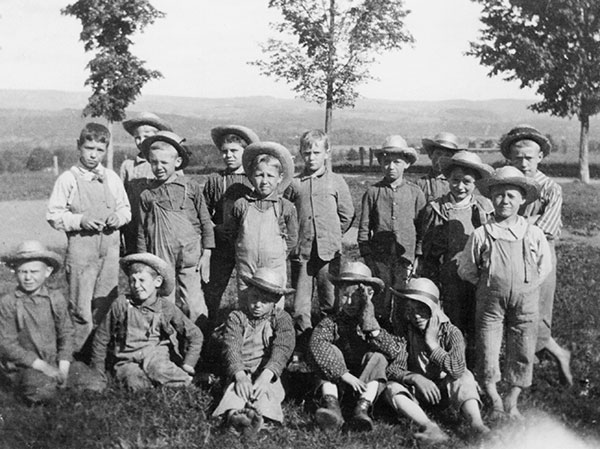 While working with homeless youth in Boston during the late 1800s, Kurn Hattin founder and Westminster native Charles Albert Dickinson developed his vision to create a place where children in need could experience the kind of childhood he himself had enjoyed in Vermont, believing that rural New England life instilled the values, skills, and character necessary to lead a successful, productive life. 120  years later, Kurn Hattin’s programming remains true to Dickinson’s original mission.

To kick off the anniversary itinerary, Kurn Hattin has launched an extensive rebranding and awareness initiative aimed at promoting public understanding of the organization and its mission. “This anniversary presents an opportunity to really let people know who we are,” said Co-Executive Director Connie Sanderson. “We’ve been here well over a century, but here are many people, even some who live locally, who are unfamiliar with us or who have an inaccurate impression of what we do.”  Kurn Hattin’s brand-refresh included the adoption of a new logo, featuring a silhouetted adult and child crossing a bridge together, and the tagline “Join Their Journey.” The planned awareness-building program also includes several events to help the public learn more about the organization, such as a lecture series, and a traveling exhibit of photos, personal accounts, and other historical materials from Kurn Hattin’s archives, many dating back to the late 1800s.

Along with raising awareness, Kurn Hattin’s Board and administration have taken the anniversary as an opportunity to look to the future. At the 119th annual meeting of the corporation, Sanderson, along with Co-Executive Director Tom Fahner, unveiled a detailed three-year strategic plan focused on the aim of enhanced sustainability. “We want to be here to serve children and families who need us a hundred years from now and beyond,” remarked Fahner, “and we are well-positioned to do that.” Fahner added that in the past 20 years, Kurn Hattin has seen its endowment double and recently received a $3 million bequest from long-time supporters, Willard and Elizabeth Hale of Longmeadow, Massachusetts.