The Kurn Hattin Homes for Children musicians, finalists in WGBY’s Public Television series Together In Song, will give two free performances in Greater Springfield, MA. 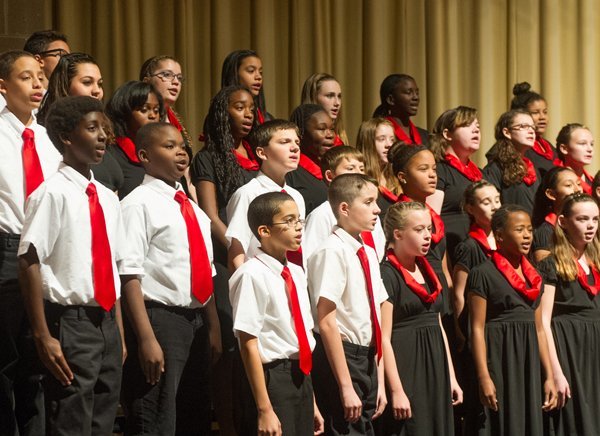 Under the direction of Grammy Award finalist Lisa Bianconi, the Kurn Hattin  Homes musicians perform regularly at venues throughout New England. They have appeared for the last three seasons on Public Television’s Together in Song series on WGBY. They’ve accompanied Natalie MacMaster on her Cape Breton Christmas Tour, performed with the Windham Orchestras, and at choral and jazz invitationals.

According to Bianconi, the Kurn Hattin musicians have performed at The Big E for 40 years. The musicians are performing at the D’Amour Center for Cancer Care to thank Baystate Health for providing last minute rehearsal space and a dinner, when the musicians came to Springfield to tape the final performance at Together in Song.

When the Baystate Regional Cancer Program’s D’Amour Center for Cancer Care opened in 2004, it was one of the first cancer programs to build a free-standing facility and develop processes totally focused around patients and their needs. As a service of Baystate Medical Center, a team of over 100 people, including cancer survivors, community cancer support activists, doctors and clinical staff, administrators, and community members, put their hearts and souls into designing the optimal patient experience.

The Big E is the fifth largest Fair in North America and the largest Fair in the Northeast. Close to 1.5 million people visit The Big E, in West Springfield, Mass., to enjoy concerts, fabulous Fair foods including The Big E Cream Puff and Éclair as well as the Craz-E Burger, the unique Avenue of States, Storrowton Village Museum, a Mardi Gras parade, circus, horse shows, animals, rides and more during New England’s most colorful season. Visit www.TheBigE.com for information on the 2015 event taking place Sept. 18 to Oct. 4, and interact with the Fair on social media.