June 5, 2012 | Westminster, VT – Alvin L. Southwick was a long-time Westminster, Vermont resident and former owner of BDR Transport Company. He was a charitable man and provided a testimonial to Kurn Hattin Homes and several other charities after his death. His friend, Fred W. Yates made a special presentation on June 2nd during the Kurn Hattin Day celebration of a $40,000 check for new dug outs on the softball field and other athletic department improvements.

To Al and Fred, the next two home runs are for you! Kurn Hattin Homes is a non-profit, year-round home and school for in-need and at-risk children, ages  6-15, from throughout the Northeast. Thousands of children call Kurn Hattin home. 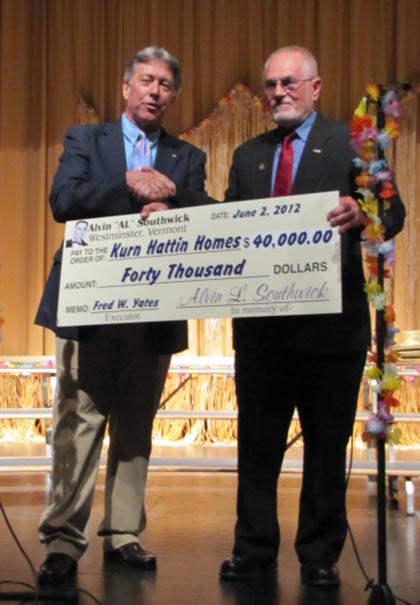