All the honored staff received a framed certificate of appreciation and an extra paid day off to use in the new fiscal year. The twenty-year honoree also received a Kurn Hattin rocking chair. Chris Barry ended the award ceremony with his praises to all the staff for their dedication to children and the mission of Kurn Hattin Homes.

Kurn Hattin Homes is a residential, charitable, year-round home and school for in-need and at-risk children, ages 6-15, from throughout the Northeast. 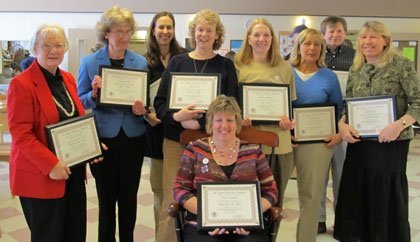