Westminster, March 16, 2011—The Kurn Hattin students had a special sugaring experience this year. They had the farm staff build a replica of the boiling drum that was used here in the 1930s and spent the day tapping trees, collecting sap and boiling in the old style drum. Maple sugaring has been an annual activity at Kurn Hattin since its founding in 1894.  The students will also continue sugaring at the sugar house as long as the weather holds out. Though they had hoped to make a gallon of syrup from the drum boiling, they were only able to yield two quarts. Every time they added the sap to the drum boiling, the sap would cool down the boiling and this made the process longer. The children learned so much from their participation in all the processes of sugar making and really enjoyed giving the old ways a try. Kurn Hattin Homes is a charitable, year-round home and school for in-need and at-risk children, ages 6-15, from throughout the Northeast. 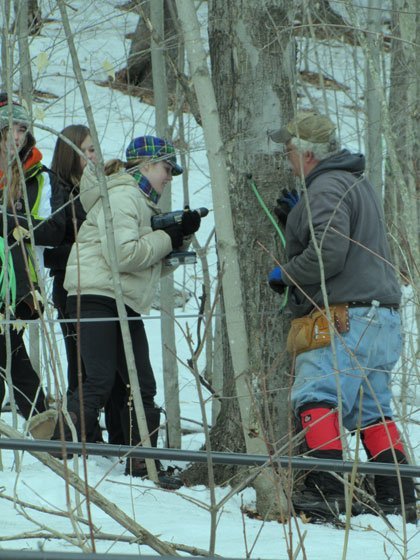 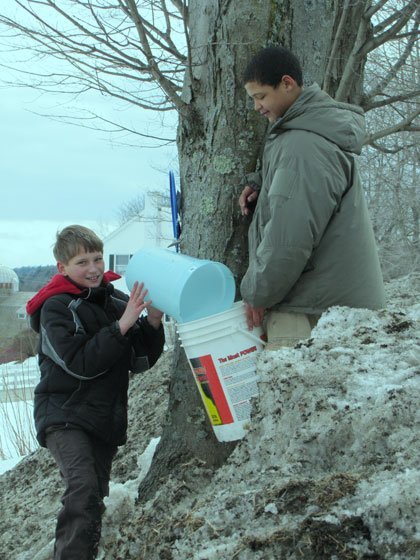 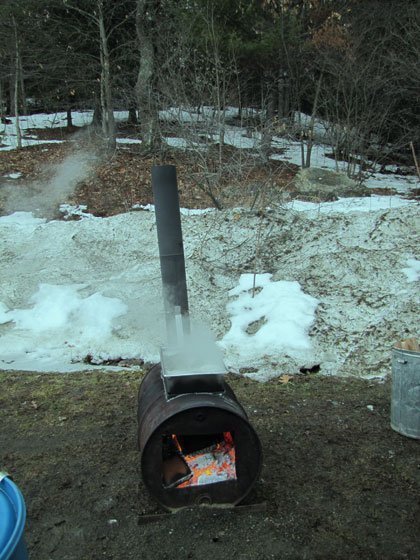