Seventeen year-old Kurn Hattin graduate and Putney School Junior, Lyssa Jackson says that she feels she can not adequately repay Kurn Hattin for all it gave her. But she is doing all she can to share her story and help support the children currently at the Homes. 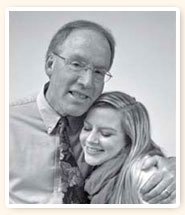 As their 2nd Annual Community Workday, the Putney School students raised over $5,000 for Kurn Hattin Homes. The students chose Kurn Hattin Homes this year after Lyssa gave a very convincing presentation at an assembly at Putney School. She told of her hardship as a child and how this home for children, just down the road, helped her become who she is today, the person she’s supposed to be. Her classmates voted in her favor to not only support Kurn Hattin but also to support her, their friend and classmate. Lyssa commented…

All the students got out of classes for the day. Members of the community hired the Putney students to do jobs such as yard work, bookkeeping, cleaning and organizing. Each student worked 1-2 jobs and was paid $8 dollars per hour. All the money earned by the 200 students was donated to Kurn Hattin. The students liked the idea that Kurn Hattin was local and they reacted to all the positive things that I had to say about my experience. I emphasized that without Kurn Hattin, I would never have had the
chance to come to Putney School at all. And I would not be sitting in front of them sharing my ideas.
Lyssa is one of very few students to have received a full scholarship at the Putney School. Her strength of character, determination and leadership skills are paramount and highly recognizable. She is planning to go to college and will be the first in her family to do so. Whatever she does and wherever she goes, Lyssa is adamant that she wants to help others see that there are always choices out there for them.

“Though it’s not unusual to have alumni donate money to Kurn Hattin, it is very special to have such a recent graduate doing so and especially at this level. It really does reflect on the kind of person Lyssa is,” Tom Fahner, Director of Educational and Residential Services says proudly. And giving inspires more giving. Putney School senior, Lyla Cherneff was stimulated further by Lyssa’s presentation and chose to do her senior project (Exhibition) at the Homes. She worked with the Kurn Hattin science teacher and the older students to design and build a woodshed for the cabin that the students built a couple years ago. “I like building things and besides being enjoyable, it also builds confidence. Working with the Kurn Hattin students on this project will be very rewarding for all of us,” claims Lyla.

Another way that the Putney School supported the children was to provide a petting farm at the 6th Annual Kurn Hattin Spring Fling in May, a fun-filled community event that promotes healthy, and substance-free choices. The Putney School and the Kurn Hattin students have forged a very special relationship that has continued over many years. We are very grateful and proud of Lyssa Jackson and all the Putney School students for their overwhelming generosity and friendship.