All the honored staff received a framed certificate of appreciation and an extra paid day off to use in the new fiscal year. The twenty-year honoree also received a Kurn Hattin rocking chair which he donated to the Kurn Hattin library for the children to use while reading. Tom Fahner concluded the award ceremony with his praises to all the staff for their dedication. 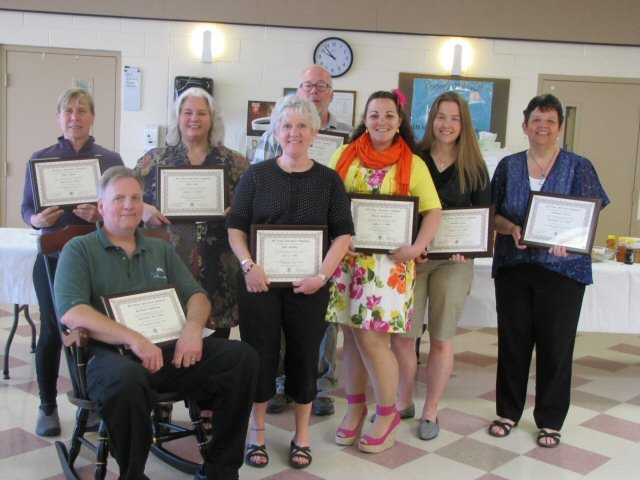